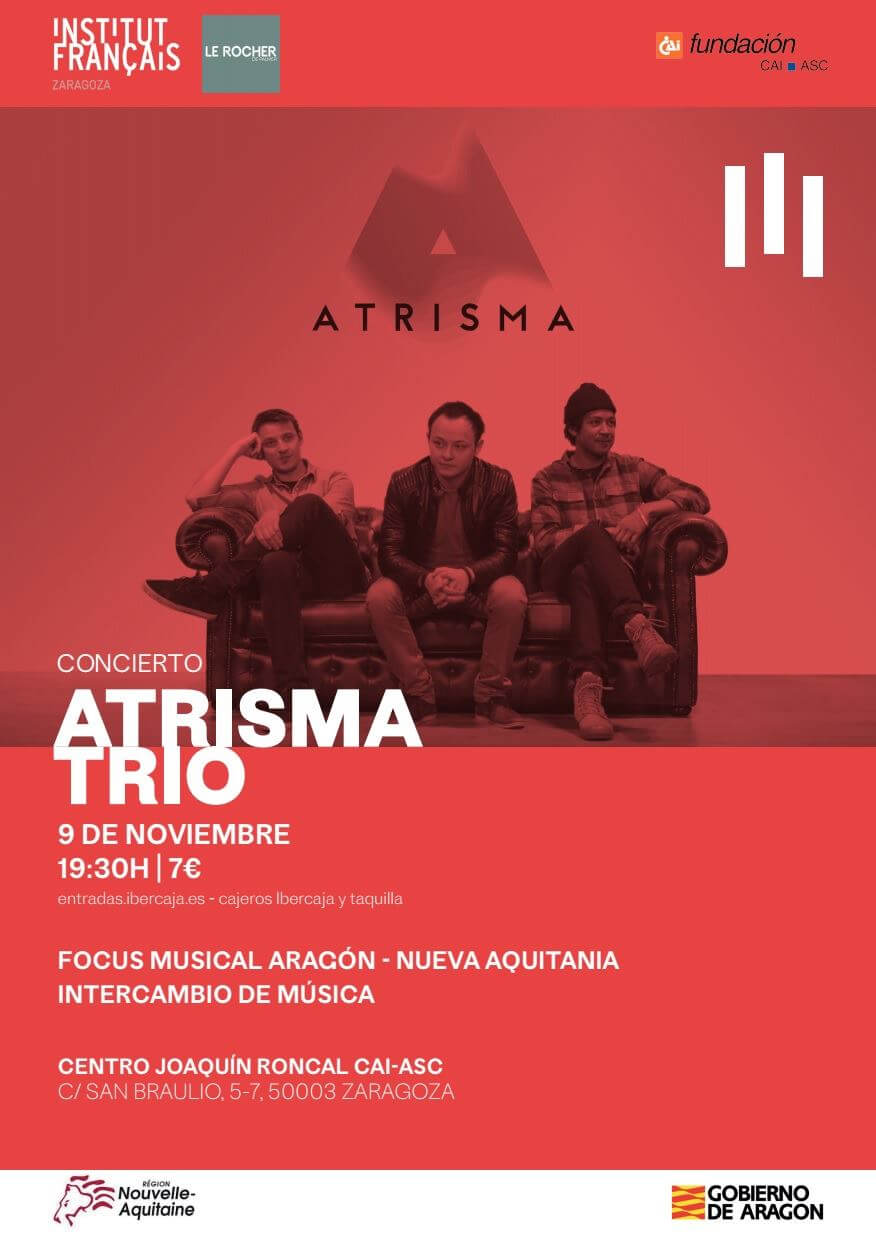 The aim of the Joint Cooperation Fund Nouvelle-Aquitaine/Aragon is to promote cooperation projects between the socio-economic players of these two border regions. For example, Le Rocher de Palmer, the Franco-Spanish Institute in Zaragoza, and the Centro Joaquín Rocal have signed a partnership.

Thanks to this partnership, Atrisma had the opportunity to perform in the Centro Joaquín Rocal in Zaragoza, on November 9, 2019.
The people from the Franco-Spanish Institute in Zaragoza really enjoyed their performance and a new show will likely happen in the coming months.

Atrisma is a progressive jazz band, formed by Vincent Vilnet (keyboards), Hugo Raducanu (drums), and Johary Rakotondramasy (guitar). Thanks to their debut album, ‘Aurosmose’, released in 2017, they were able to perform abroad, in Shanghaï, Bangkok, and Zaragoza.